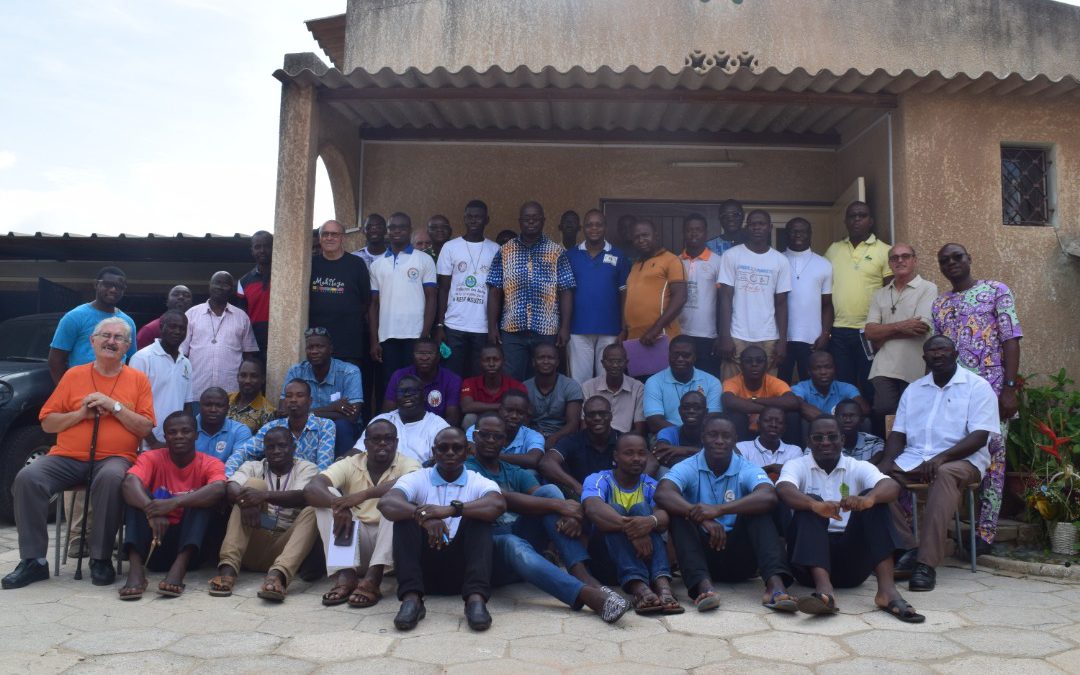 From the 17th to the 19th September, the religious of West Africa Province working in Senegal, were gathered in the juniorate house in Dakar, for their traditional annual assembly.

During these three days, many points have been targeted. The first main point was the formation on minors’ protection. The reappropiation of the resolutions from the last chapter held in the months of April and the exploration of the proposals were part of the topics of these year.

The last point has been the jubilee celebration of Father Jean SEGALES, Michel BETBESE, Joseph ARTIGAS and Brother Ferran SANZ, who this year celebrate respectively, 50, 47, 45 years of consecration to God as priest or religious. To all of you, fruitful mission!