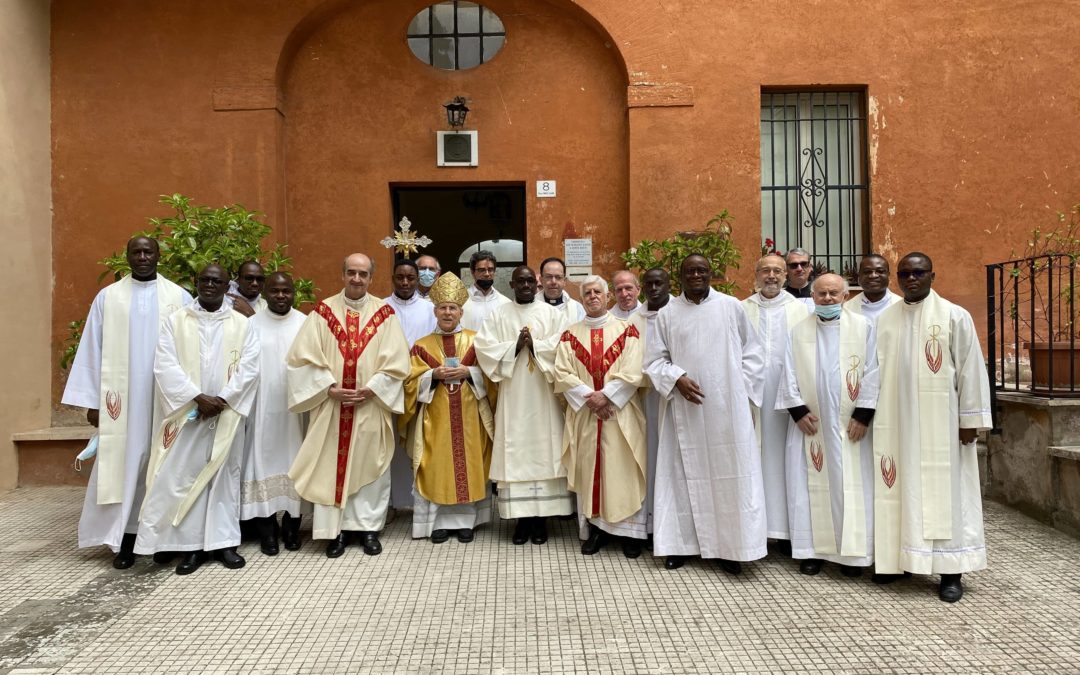 On Sunday, May 2nd, the diaconal ordination of Bob Stevy Libendze, a Piarist religious of the Central African Province and resident of the “Calasanctianum” General House of Montemario, was held in Rome in our San Francesco parish in Montemario.

The ordination was presided over by Bishop Ignazio Sanna, Archbishop Emeritus of Oristano and President of the Pontifical Academy of Theology. Bob was accompanied by the communities of the general houses of Rome and the Nazareno, as well as by the community of San Francesco, the Piarist Sisters and many faithful of the parish.

After ordination, the Piarist present gathered at a fraternal lunch.