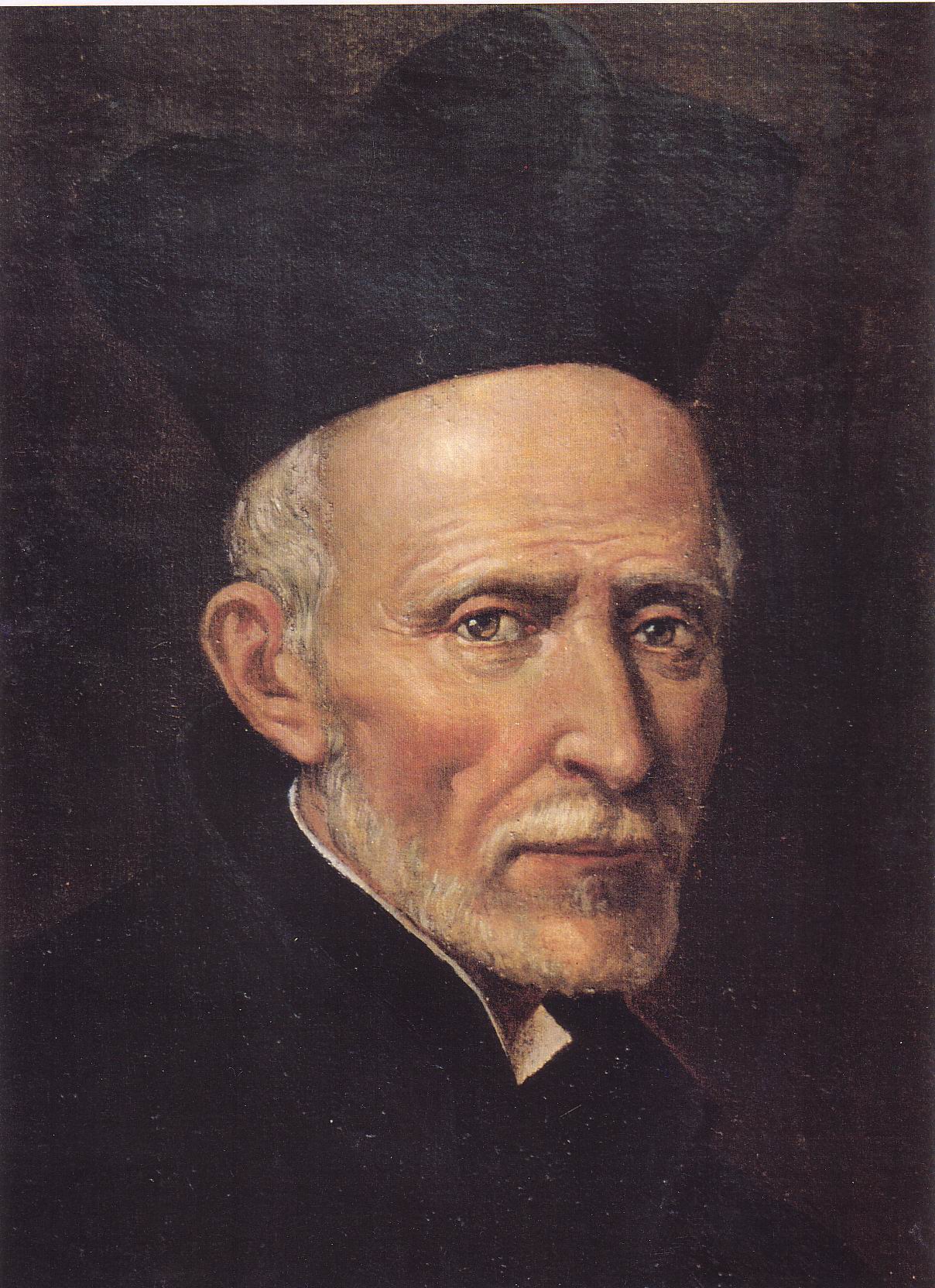 Saint Joseph Calasanz, the founder of the first Christian popular school in Europe and the Piarist Fathers, was born in 1557 in Peralta de la Sal (Aragon, Spain). God prepared in the person of Calasanz a mediator to enrich the Church with a new charismatic gift. He granted him natural gifts and the atmosphere of a family that gave him a long and excellent Christian and cultural training.

God called him to the priesthood, Ministry that he exerted on various curial and pastoral missions. Nine years after being ordained a priest, he left for Rome, where walking through the poorest neighborhood of the city he was moved against the misery in which children and youth of the place lived. His vocation emerged in this framework. He heard the voice of the Lord, who told him: “Joseph, give yourself to the poor. Teach these children and care about them”.

Joseph Calasanz, in the spring of 1597, moved by compassion toward the poor and abandoned children, visited the Roman neighborhood of Trastevere and in the parish of Santa Dorotea he discovered a small parochial school, which made hatching in his heart the decisive way of his life. Thus he founded the “first popular and free school in Europe”. His educational goal was summarized in the slogan: “Piety and Letters”, which today we can translate as “faith and culture”. He called his work the “Pious Schools”.

Center of his educational ideas were the respect for the personality of each child and seeing in them the image of Christ. Through his Pious Schools, he tried to serve the intellectual, physical and spiritual needs of young people at his care. Calasanz was a friend of Galileo, the prominent scientist, and attached great importance to science and mathematics, as well as humanities, in the education of youth.

To continue his educational mission he founded the Order of the Pious Schools, a Religious Order whose members, known as Piarists, profess four solemn religious vows: poverty, chastity, obedience, and the dedication to the education of the youth.

The dream of Saint Joseph Calasanz of educating all the children, his schools for the poor, his support for Galileo’s science, and his life of holiness in service to children and youth, won him the opposition by many of the leading classes of society and also of much of the Church hierarchy. But Calasanz showed exemplary patience against the problems and adversities of life.

This charism was received by Calasanz, first of all, as the acceptance of a new educational and evangelizing mission which was attended by his first companions; then it resulted in a particular relationship sharing with them, in addition to the ministry, housing, prayer and goods in a more stable community; and finally it was completed when Calasanz and a small group of his followers embraced a form of religious life, which strengthened and gave unit to what they had realized and lived until then. The Church approved it as a Congregation in 1617 and as an Order with a specific vow of dedication to the education of the youth, in 1622, with the name of Regular Poor Clerics of the Mother of God of the Pious Schools.

In subsequent years up to his death, Joseph Calasanz promoted the expansion of the charism, carefully nursed the incarnation of the founding gift and defended it against experiences and interpretations which did not respond to the intuition of the origins.

Founder of the first Religious Order specifically dedicated to Christian education through the school, always insisted on three features charismatic thereof, present in germ from the beginning, explicitly affirmed in the Constitutions of 1621 and profiled in the years of expansion and conflict: giving priority to education from infancy, to the education of the poor and education in piety.

He died in Rome the 25th of August 1648, convinced that his Order and his dream would not die. And so it was, as it was declared a Saint in 1767, and Pope Pius XII declared him in 1948 “Heavenly Patron of all Christian popular schools”. Pope John Paul II said that Saint Joseph Calasanz took as a model Christ and tried to convey to young people, as well as profane science, the wisdom of the Gospel teaching them to grasp God’s loving action.