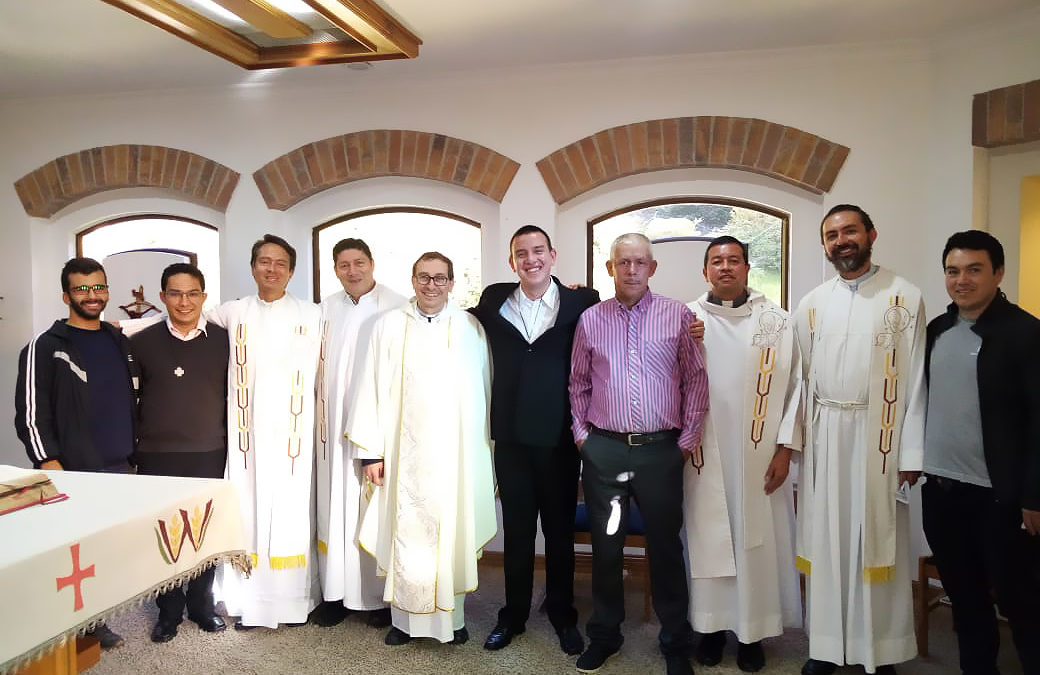 On Saturday, January 23, the junior Juan Diego Hernández made his simple profession in the Order of Pious Schools. Juan Diego is originally from Santa Rosa de Cabal, in Risaralda, and after making his novitiate last year, this Saturday afternoon he became a Piarist religious for the first time. The ceremony was held in the chapel of the Calasanz Seminary, in the city of Bogotá.

Due to the pandemic and the restrictions that are currently in the city, the celebration only had the participation of the religious of the house, Fr. Provincial (who presided over the ceremony) and the sister and father of Juan Diego.

At the end of it was a simple and cheerful sharing.