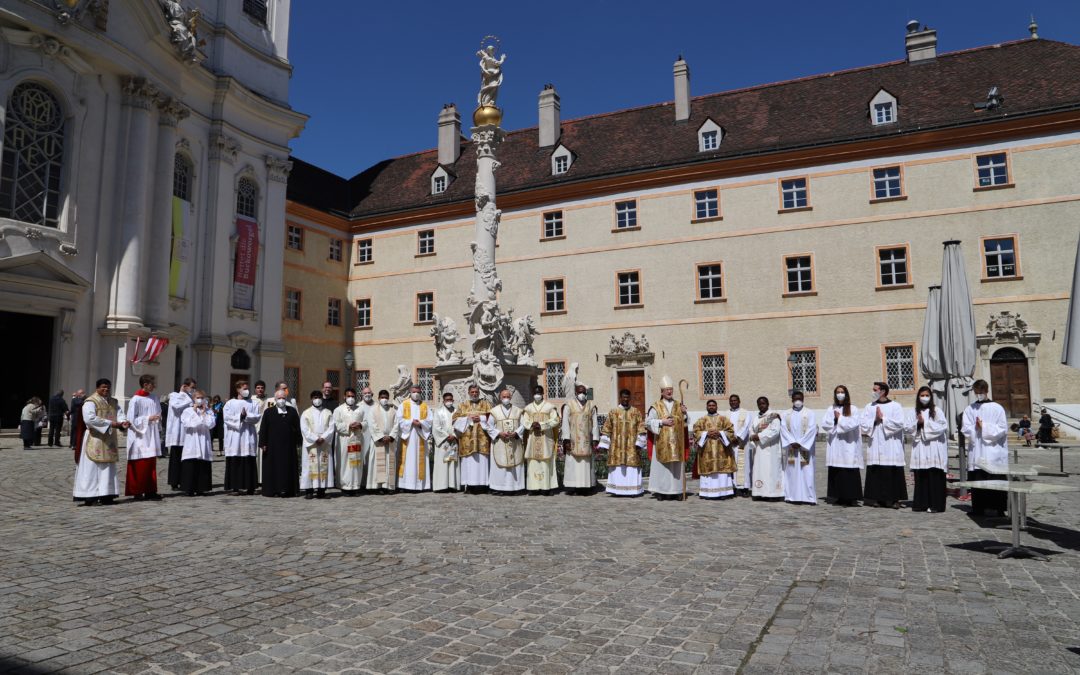 On Saturday, 8 May, the diaconate ordination of Brothers Prakash and Ratheesh took place in the Piarist Church Maria Treu in Vienna. Adhering to strict “corona” measures, faithful and the Piarist community from St. Thekla, Krems, Horn, and Maria Treu were seated in the church.

With the help of a live stream, the celebration was transmitted to the whole world. So the parents, family, friends, and relatives of Prakash and Ratheesh were all there live. And the entire Piarist community was also able to participate in the celebration. The main language at the Mass was German; important statements were translated into English for the worldwide community.

The consecration was given by His Excellency the Most Reverend Franz Scharl, Auxiliary Bishop of Vienna. In his homily, he pointed out the particular tasks of the new deacons. There was great joy when the General Delegate of the Piarists in Austria, Father Jean de Dieu, read out a letter from our Father General during the Mass. In it, Father General congratulated Prakash and Ratheesh on their ordination. Father General pointed out that the two were receiving their ordination on the feast day of Mary, Queen, and Mother of the Pious Schools. Mary was a believer; she was mother, then educator, and finally the mother of all believers. Prakash and Ratheesh are to walk with the Lord as disciples to be authentic and faithful witnesses. Father General also thanked Auxiliary Bishop Scharl for his time in conferring the ordination in the Piarist Church of Maria Treu.

The celebration following the Mass had to be kept short because of the “Corona” measures. We wish Prakash and Ratheesh God’s rich blessings and all the best for their future journey.