Province of Austria. Maria Treu: Jubilee of the consecration of the church in Vienna 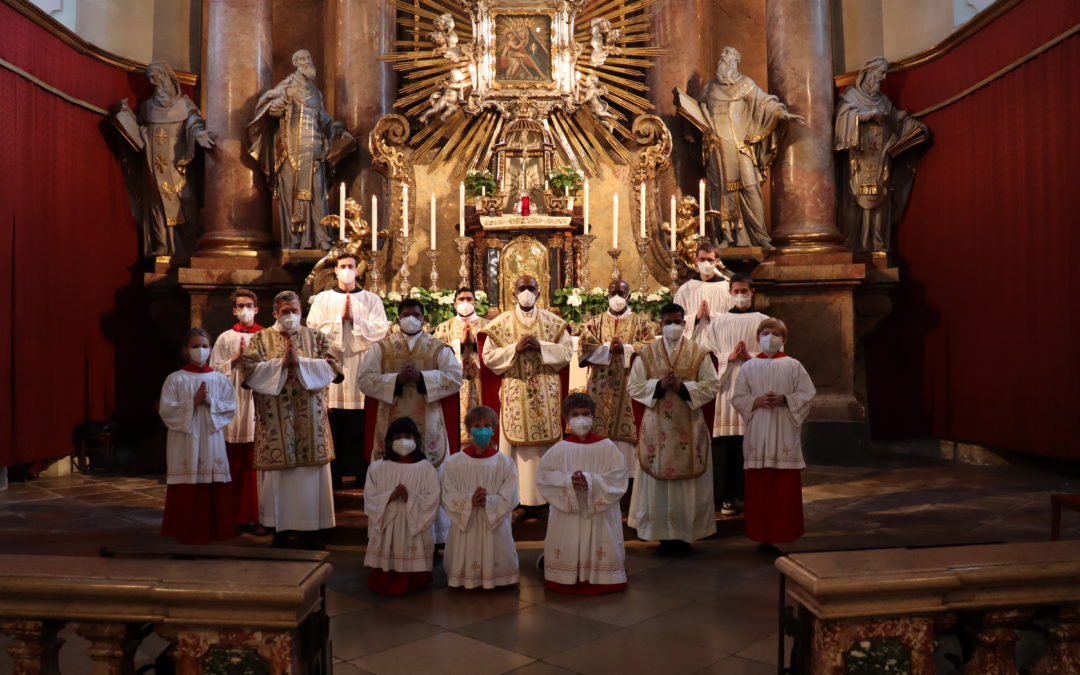 On May 26, 2021, the Piarists celebrated the 250th anniversary of the consecration of the Basilica Minor Maria Treu. The central theme of the liturgy of this feast was the parish synod in Maria Treu “Give me to drink” (John 4:7).

“I am very happy that we can celebrate together in Maria Treu the 250th anniversary of the consecration of the Piarist Church,” said the General Delegate of the Piarists in Austria, Father Jean de Dieu Tagne Sch. P. As part of the “Piarist Parish Network,” the church in Maria Treu has a special place in the perception of the worldwide Piarist Order. In 2019, Father General Pedro Aguado Sch. P. announced the foundation of this parish network in Maria Treu.

The central theme of the celebration was the current parish synod in Maria Treu. For several months now, various commissions have been meeting online and exchanging ideas on the main topics: Pastoral Care, Liturgy, Sacramental Preparation, Youth, Caritas, Volunteerism, and Culture. Already next Sunday on May 30, 2021, there will be a public conversation in the church about these priorities.