Province of Austria. Presentation of the new primary school director in Maria Treu 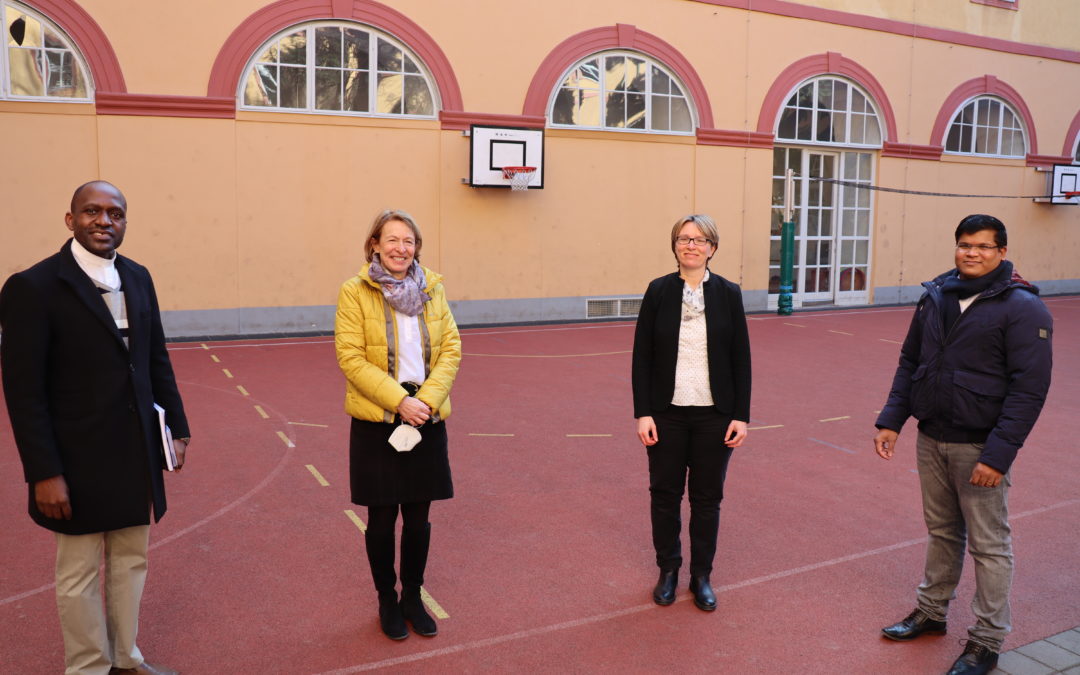 At the beginning of 2022, there will be a change in the Piarist Elementary School Maria Treu school administration in Vienna’s eighth district (Austria). Ms. Brigitte Klausberger will succeed Ms. Barbara Ettl as school director.

“We are very grateful to have found in Brigitte Klausberger an experienced educator for the tasks in the school directorate,” said the General Delegate of the Piarists in Austria, Father Jean de Dieu Tagne Sch. P.

Brigitte Klausberger succeeds Barbara Ettl, who will retire at the end of the year. “The collaboration with Barbara Ettl was characterized by great trust and great joy for the entire Piarist community. I want to express my sincere thanks to Barbara Ettl for her tireless commitment to the children and our house over the past years,” says Father Jean de Dieu.

The early personnel decision brings the advantage of a comprehensive familiarisation period with the new area of responsibility. The transition from the current school director to the new director will be smooth.

“I am pleased about this task and am grateful to be able to familiarise myself with the running of the school together with Barbara Ettl. I am also pleased with the great trust the Order has placed in me,” says Brigitte Klausberger when she was introduced at the Maria Treu Piarist Elementary School. Brigitte Klausberger currently teaches fourth grade in primary school. She graduated from the College of Education in Eisenstadt in Austria.