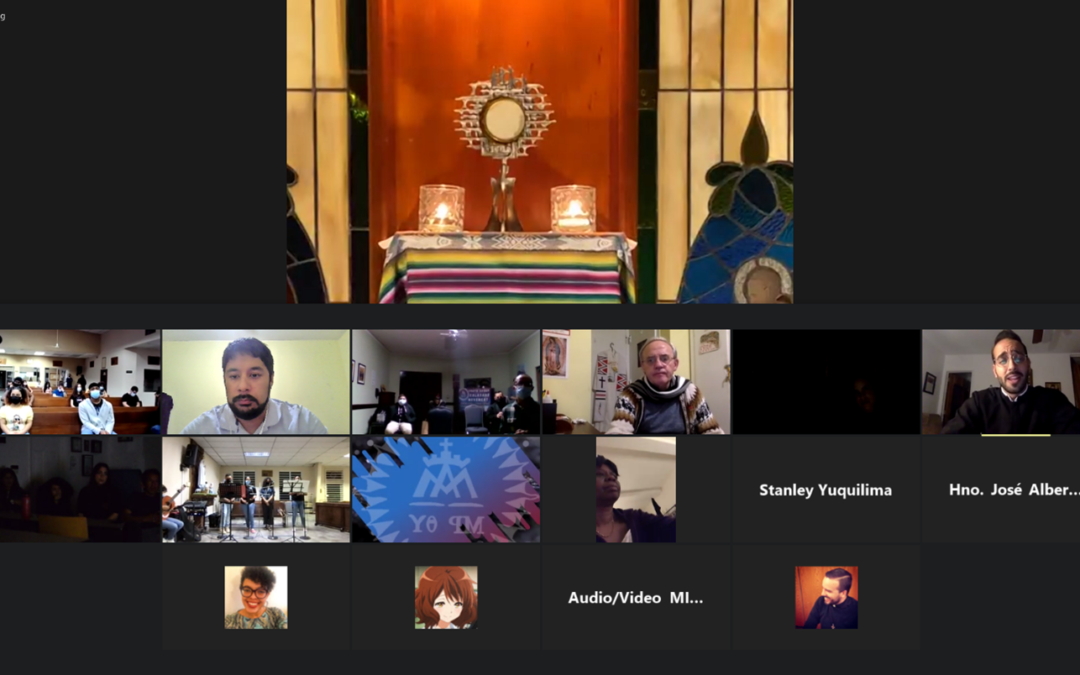 Moved by the joy of the celebrations of the month of the Calasanz Movement (CM), the young people of all the presences of the Province of USA-PR gathered on February 27, virtually, to share an evening in which, for the first time, they all met at the same time. The motto inspired them: “Let’s restart smiling: The revolution of love begins with a smile.” The activity, promoted by the CM Provincial Team, was also attended by the Provincial Superior, Fr. Fernando Negro, and Fr. Francisco Anaya, general assistant and responsible for the CM in the Order.

Among the activities prepared for the meeting was the competition “100 Piarists said”, which purpose was to prove how much the young people of our Province knew the Order and what it means to be a Piarist. In a close competition between teams from New York and Florida, the Florida CM team won. Then, the winners of the Logo/Drawing Contest, held during February, were announced, winners of the San Juan and Florida groups were awarded. To conclude the activity, a space for prayer was organized, in which the Blessed Sacrament was exposed, and all the members of the CM were able to connect in spirit and prayer. It was a way of giving thanks for the Movement, fraternity, and what He provides.

Being this the first meeting of this nature and, due to the reality we live in, all the presences were able to be present in a virtual way. The great challenge remains to continue with the meetings and soon, to organize the next one, but this time in person. Venerable Glicerio, patron of the Calasanz Movement, pray for us!