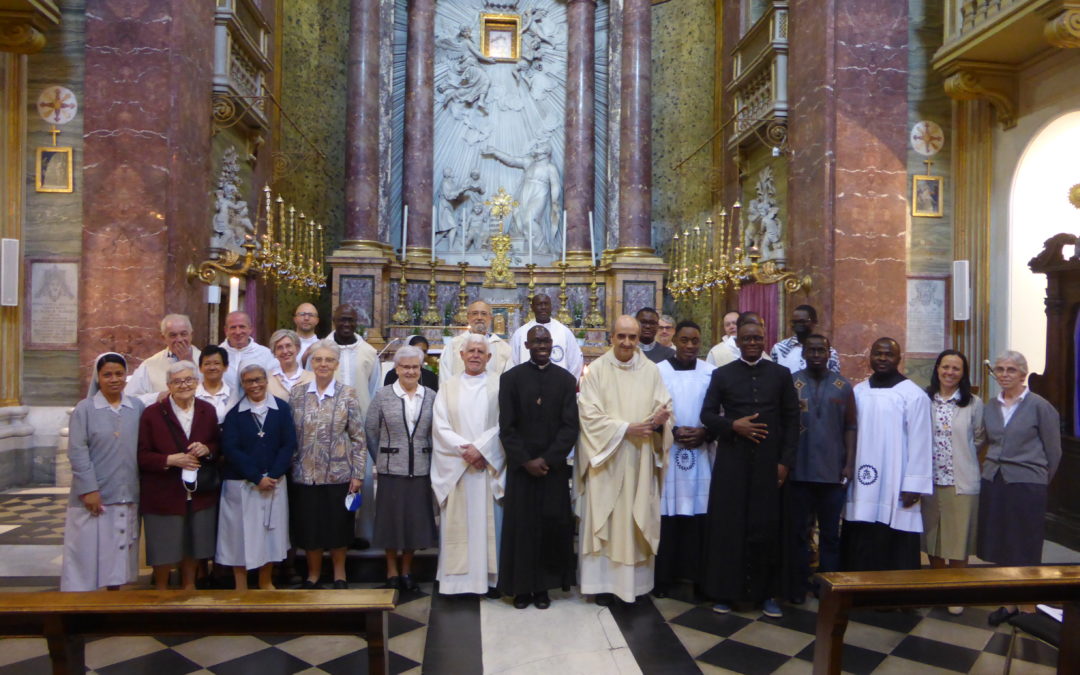 On Saturday, April 24, the SOLEMN PROFESSION of Bob Stevy Libendze, young Piarist of the Province of Central Africa, was held in San Pantaleo. He lives in the Calasanctianum Community of Montemario. In the same celebration, three other juniors from the same Central African Province were instituted ACOLYTES: Brandon Sekuna TCHATIEN NUVAGA, Brian Yuh WOMEI, and André Serge FOUDA. Bob Stevy is a Gabonese, and the three new acolytes are Cameroonian. The celebration was presided over by Fr. General, newly arrived from the General Visit to the Vice-Province of India.

The religious of the two General Houses of Rome were present and some Piarists from the communities of San Francesco and the Nazareno. All the Piarist Sisters of the General House also participated, together with their Mother General. The celebration was carefully prepared. In the end, everyone present gathered at a calasanctian fraternity dinner, sharing food, the joy of vocation, and a few popular songs from various countries. The traditional toast in tribute to the four young people, by Fr. Ciro, did not lack.

Our congratulations to our four brethren and our prayer for them.