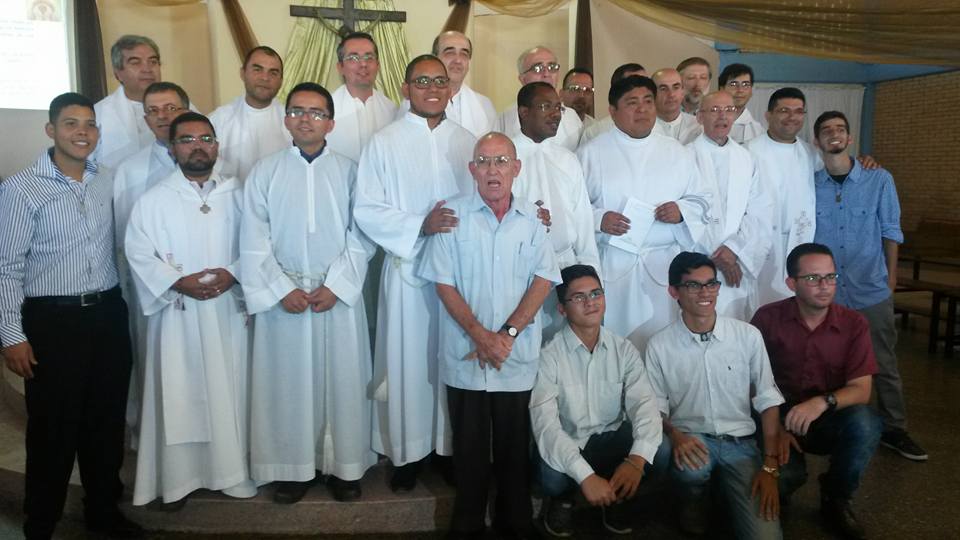 Saturday, March 18, was a day of deep joy for the Pious Schools of Venezuela and for the whole of the Province of Central America and the Caribbean. Fr. General received the solemn profession of four young religious: Freddy de Jesus Araujo (Venezuela), Alain Poudy (Haiti), Pablo López (Nicaragua) and José Alejandro Peña (Venezuela).

The celebration took place in our parish of San José de Calasanz in Valencia, which was filled with people deeply joyful and grateful for the Piarist vocation of our brothers. All the Piarists of Venezuela, accompanied by Fr. Provincial Francisco Montesinos, were present in the concelebration.

Undoubtedly, these solemn professions, which were followed by an Assembly of the Piarists from the Venezuela Zone of the Province, was the central moment of the fraternal visit that Fr. General has made to all Piarist presences in the country.

Congratulations to our four brothers and to the Province of Central America and the Caribbean.