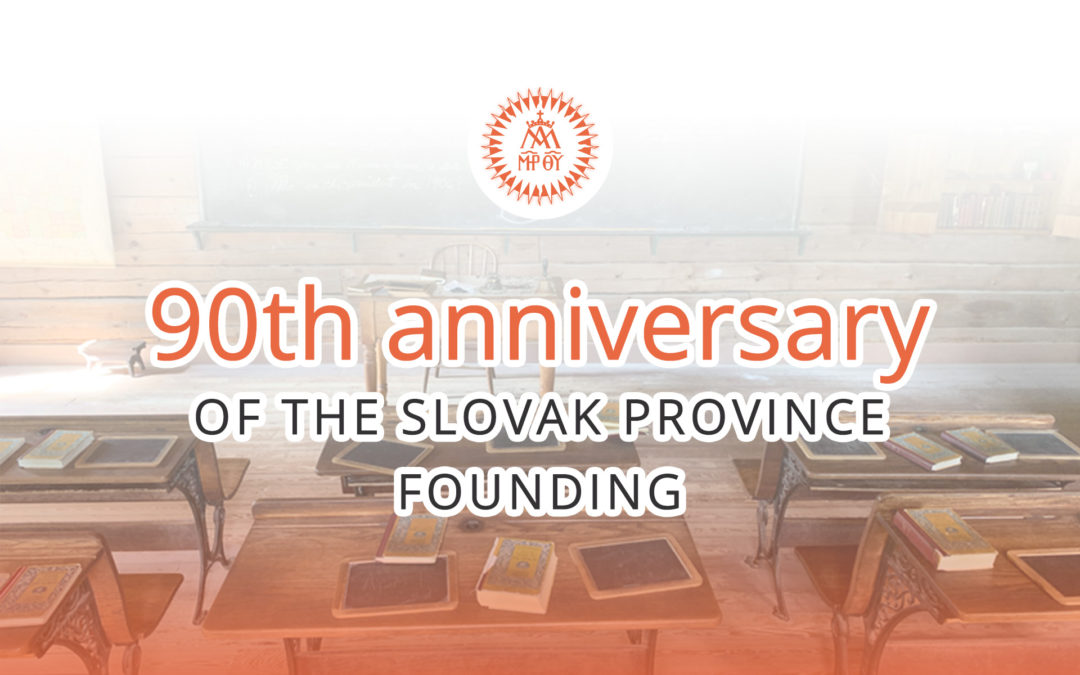 90 years ago, the rector of the Piarist College in Nitra, P. Alexander Cserhelyi, wrote this statement: “I am happy to announce to you the great change that is taking place in our religious life that we will manage our future separately from the mother province according to the intentions of Father General. I will tell you later what we are to do in this new position. But before that, I ask for your help so that together we can carry out the will of our Holy Founder, the education of young people in maius pietatis incrementum. ” The history of the independent province of the Piarist Order in Slovakia begins to be written by these words. Of course, the Piarists did not come to the territory of present-day Slovakia only in 1930. They came to us as early as 1642, when they settled in Podolínec.

After the establishment of the independent Czechoslovak Republic in 1918, the Piarists in Slovakia administered nine grammar schools and one folk school (Volksschule). An international agreement Modus vivendi was signed in 1928 between the newly formed Czechoslovak Republic and the Holy See, according to which religious orders and congregations were to have their own independent provinces. Therefore, the General Superior of the Piarist Order, Fr. Giuseppe del Buono, based on the consent of the Holy See, established the Slovak Piarist Province with effect from 6 July 1930.

Since its inception, the Slovak province has gone through various periods of peace and struggle. The Piarists educated the Slovak nation’s important personalities, such as bishops, writers and painters.

The educational activity of the order was interrupted during the communist period. The return of freedom also meant the return of the Piarists to schools. And so the Piarists gradually came and resumed the activity of their works in Trenčín, Nitra, Prievidza and Svätý Jur. At this time, they educate more than 1,500 students at three schools.

Piarists are currently looking for a way to turn their works into schools in which would grow a new generation of value-based people who have discovered their uniqueness, mission and are ready to transform society in the love of Truth, Goodness and Beauty. Our mission today is to educate and accompany a young person in a family atmosphere, in order for him to learn who he is, to form healthy relationships, to prepare for life and to gain spiritual wealth.

On today’s anniversary, let us thank all the fathers, brothers and Piarist collaborators who fulfilled the pioneering visions of St. Joseph Calasanz in Slovakia and pray for the future of Piarist schools to grow in piety and science!