70 years on the shores of Lake Xolotlán 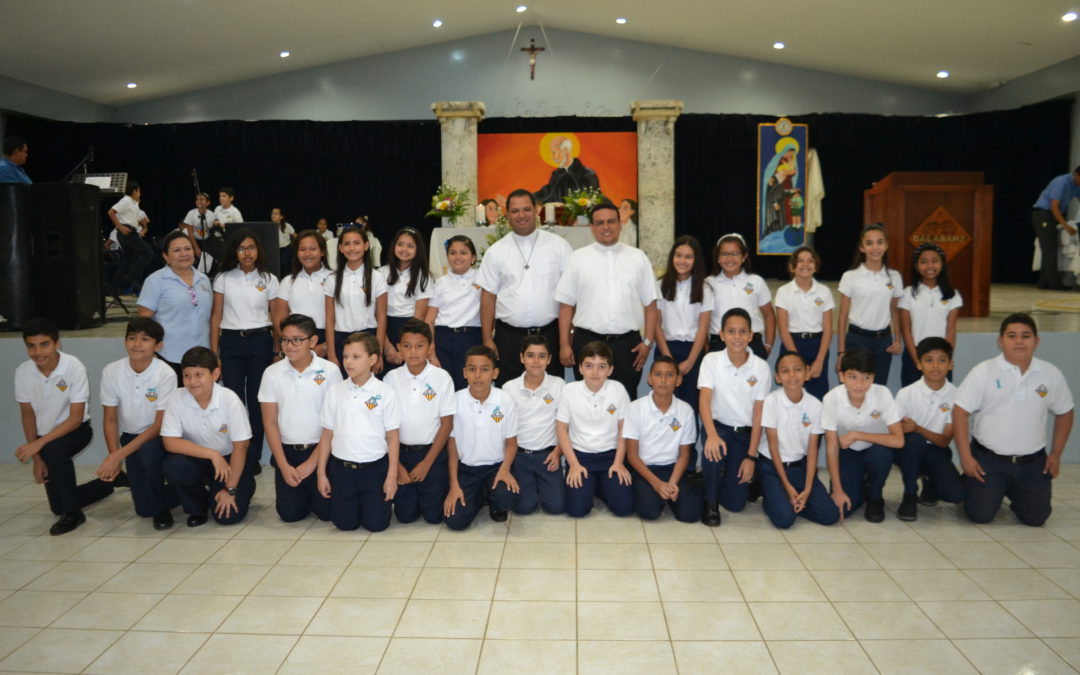 This new year 2020 begins with the joy of commemorating the 70 years of Piarist presence in Managua, Nicaragua, the oldest in the demarcation, after Cuba and León, which just last year celebrated the same festival. This commemoration takes us to the first years of Piarist history in Central America, and allows us to contemplate the missionary dimension of the Piarist charism, called to consolidate and grow in the midst of difficulties. That generation of Piarist brothers, who came out of their lands to take Calasanz to the various corners of the world, managed to face many vicissitudes in order to make possible the education and evangelization of the poorest of our continent.

We recall the beginnings, in which thanks to the vision and audacity of Fr. Joaquín Ferragud, we arrived in Managua, who after a year of presence in León saw it convenient to found in the capital in the absence of religious congregations that could offer education and evangelization to the poorest. Only the De la Salle Brothers, until now, had managed to locate themselves in this city, and it was imperative to be located in the place where the majority of Nicaragua’s population lived in situations of extreme and harsh poverty.

But this start was not easy. The location of the first school was made “renting the school of Lourdes to the Capuchin Fathers; it was an old single-store house, 2,400 square meters, which had been functioning as a “Mexican National School”[1]. But it was important to start, even if it was in a ramshackle old building. The presence is born with more brothers who join the task, and already in 1952 brother came Fr. Bruno Martínez, who will find in these lands “the best way to serve God” until his death.

This first school is expanding, not without the difficulties offered by such a small space for the great mission that is being promoted, and many economic precariousness that affected the development and growth of the school. Every step was done with great effort and tenacity, like all beginnings… how great the gallantry of those men, who left the comforts of their land and set out, out to sea, to build the dream of Calasanz, even in the greatest precariousness of life!

God’s work is consolidating, we said, but not without difficulty. More and more children come to our classrooms, and everything indicates that the work must grow, not knowing how. Alongside precariousness, tragedy strikes the city of Managua on December 23, 1972, and causes all the work to collapse in the eyes of all. In the midst of the rubble Father Bruno Martínez, first Local Superior and co-founder gives his spirit, with the smell of holiness,.

In the midst of the vicissitudes, only the conviction remains that Calasanz’ work must continue. And so, the Piarists Fathers, together with the lay collaborators, make it possible that little by little that first school can be moved to the lands that already in its beginnings, at kilometer 11 1/2 of the South Road, had been acquired by Fr. Joaquín. Unexpectedly, those lands that were on the outskirts would be the space where the school consolidated and remained to the present day.

The 80’s are times of turmoil and conflict, amid the armed struggle that takes on the cause of the poor and will bring times of desolation and death. Once again, the mission must be transformed, children and young people in exile, imprisoned and killed, demand new challenges and new approaches to life and mission. In all this time, the conviction remains that the Pious Schools continue to respond to the needs of an impoverished and beaten people, so that the Piarists Fathers decide to continue, amid precariousness, scarcity and violence.

While this happens, the Piarists Fathers were no stranger to the needs of the local Church, so we will see them on several occasions assuming some parishes, including Santa Clara, San Rafael del Sur, San Antonio, San José and San Sebastián. Most important is the work in the Parish “Our Lady of America”, assumed in 1974, with two chapels, one with the same name and the second under the title of our holy founder, which still stands today as a witness to the pastoral work done by our brothers and Calasanctian Sisters.

Beyond historical data, it is important to underline what this event says our present and future. We understand that looking at history is finding meaning today, driving tomorrow, assuming successes, and learning from mistakes. I believe that the celebration of this seventieth anniversary reveals some fundamental aspects that I highlight below.

Today, the Pious Schools of Nicaragua are called to return to the values of their history, to recognize their present and to launch into the future. And with it, the whole Province enters into communion to read in this history, our own history; facts that determine a way of being and shaping the charism in our peoples. In communion with the whole Province and the Order, we ask the Lord to give us faith, hope and love, virtues from which we can continue to make possible the charism of Calasanz, on the shores and with the freshness of Lake Xolotlan, flavored with nacatamal and gallo pinto, with the hidden strength of the Momotombo, and with the impetus of its men and women who assume “the reform of society” as their sense of life.

“In the midst of the abyss of doubt

there’s a star that reflexes springs

She, with her divine brightness, squeals,

when the genius of evil with insane fury

fierce beats it, with a rude hand.

That star sprouted from the pure germ

of human creation? Did it come down from the sky

to illuminate the dark future?

To serve the one who cries with comfort?

I don’t know, but that’s what our soul inflames