Assembly of the Calasanz Movement in Brazil 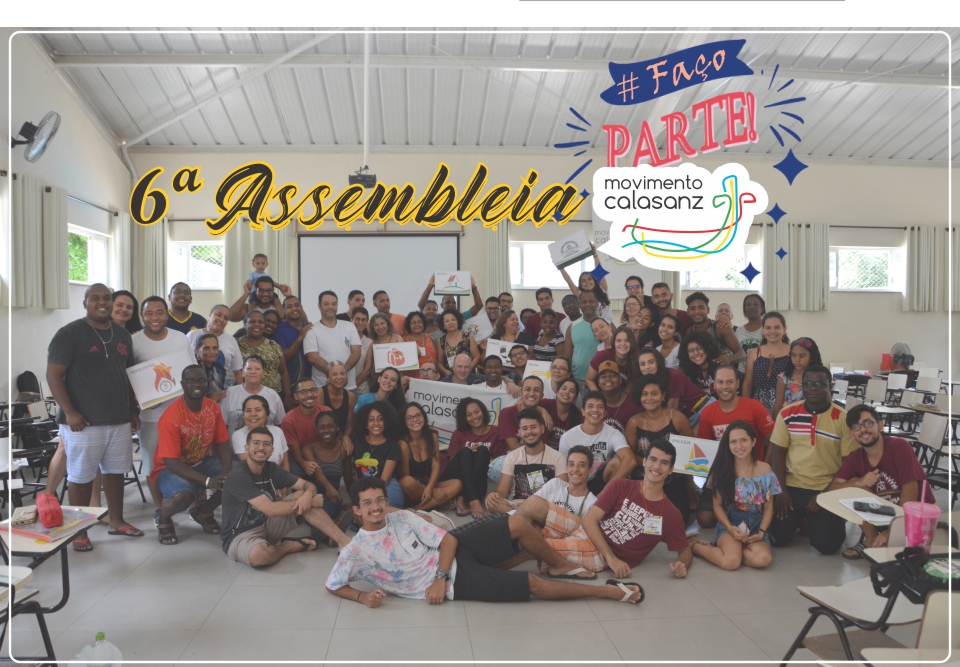 So also shine your light before men, that they may see your good deeds and praise your Father who is in heaven Mt 5:16

Glaucilene and Fr. Fabrício began the meeting by welcoming everyone. Fr. Fabricio brought the moment of spirituality into the light of the gospel of Matthew 5, 13-16, in which we are called to reflect on our condition of being salt and light of the earth. Glaucilene then presented the themes of the assembly and the team of the Brazil Calasanz Movement: Glaucilene Soares (Coordinator of the Brazil Calasanz Movement), Fr. Arilson de Oliveira, Fr. Fabrício Dias, Bro. Deibson Gouvea, Bro. Heyder Vieira, Cláudia Lopes, Guilherme Oliveira and Neziane Freitas.

To present the Vocational Piarist Year, Brother Deibson spoke of the history of the Piarist Fathers in Brazil, which turns 70 years old. Celebrating this date strengthens to “Live our vocation” in the fields of mission. The Piarists chose to associate the commemoration of the 70 years with Vocational Culture, because they believe that it is essential to think about the paths that have been built and that we still want to build, with attention to our vocation and faithful to our charism. This time is favorable to think of the personal vocation and place life in what is essential.

In the first group work, participants were invited to reflect on Vocational Culture in the faith groups of the Calasanz Movement and the ways to help young people in their process of discovery and experience of their vocation.

Afterwards, Guilherme, coordinator of the Calasanz Movement in Belo Horizonte and animator of the Piarist Youth spoke about the Piarist Youth – the present heart of the Pious Schools, recalling the previous assemblies and reflections on the process of insertion of young people. A special highlight for the Synod of Youth, a great framework in the history of the Church and the Pious Schools, where there was reflection on many topics concerning the realities of young people in addition to the post-Synodal Apostolic Exhortation Christus Vivit, a starting point for thinking about the project of youth.

Fr. Fabricio presented the itinerary of the Piarist Youth, recalling the importance of the Guidelines of the Calasanz Movement of Brazil and the communion of groups and union in the same educational and evangelizing proposal in the style of Calasanz.

On Sunday, Deacon Pierre conducted a work on the symbology of faith groups and rites of passage. The nomenclatures of faith groups are associated with a symbol that expresses the experience of faith of the recipients in each phase of faith formation. Bethlehem represented by a star; Galilee by a ship; Bethany by a house; Emmaus, feet to road; Jerusalem, a backpack with the cross; Pentecost the shield of the Pious Schools where sparks of fire and a dove come out; and Youth the Piarist shield like a rising sun.

In the group work on that day, participants reflected on youth issues that favor the journey of faith, vocational discernment, and youth prominence in the Church.

The meeting ended with a feeling of great joy, willingness to help in the mission and the hope of continuing on the itineraries of the faith groups in the Calasanz Movement, with the effective participation of young people in the life of community.