Picture of the dressing of the first Piarist novices 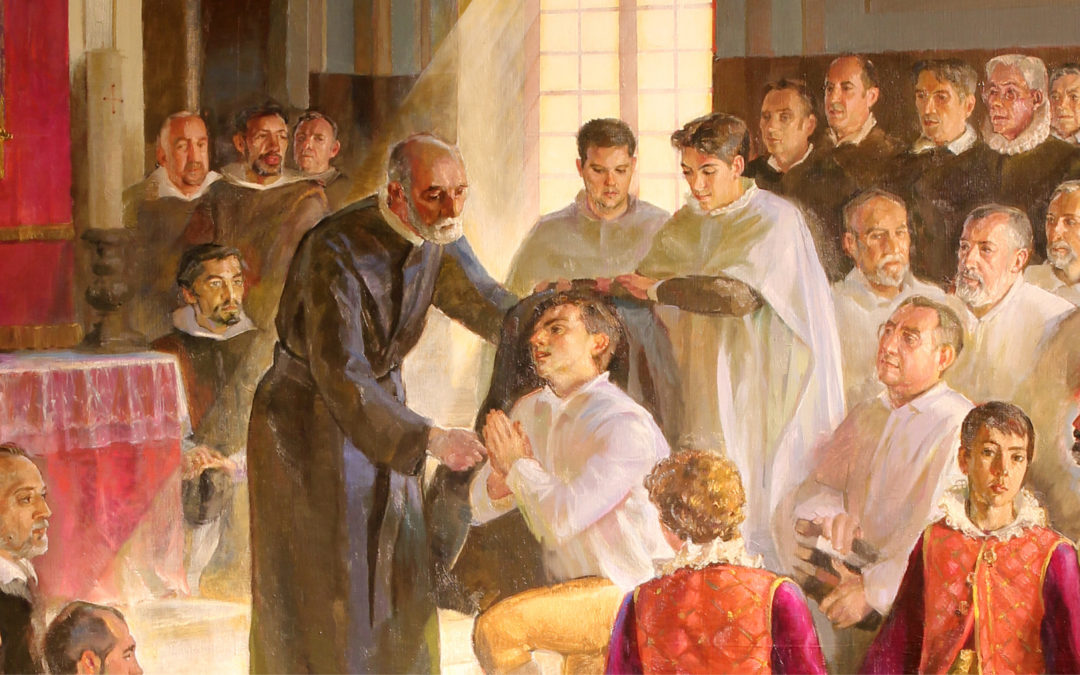 In commemoration of the foundation of the Order of the Pious Schools and the reception of its first members in March 25, 1617, the Spanish painter Joan Costa has created a work that imagines the moment of the reception in the chapel of the General House of San Pantaleo. It’s a thrilling picture, collecting a milestone of our Piarist history that until now was not part of the Calasanctian iconography. The General House in Rome, where the work is at present, wants to share it with the whole of the Order to underline the importance of the date that we celebrate and commemorate this month of March: the beginning of the work of Calasanz, of which we are part and give life today.

Joan Costa (Gandia, 1952) is a Valencian painter, former student of our school of Gandia. Graduated in Fine Arts and a specialist in Italian painting of the 15th century, he has exhibited his work in numerous galleries in Spain, France and United States. Among his production, the main altarpiece and the cruise paintings decorating the Church of the Pious School of Gandia stand out.