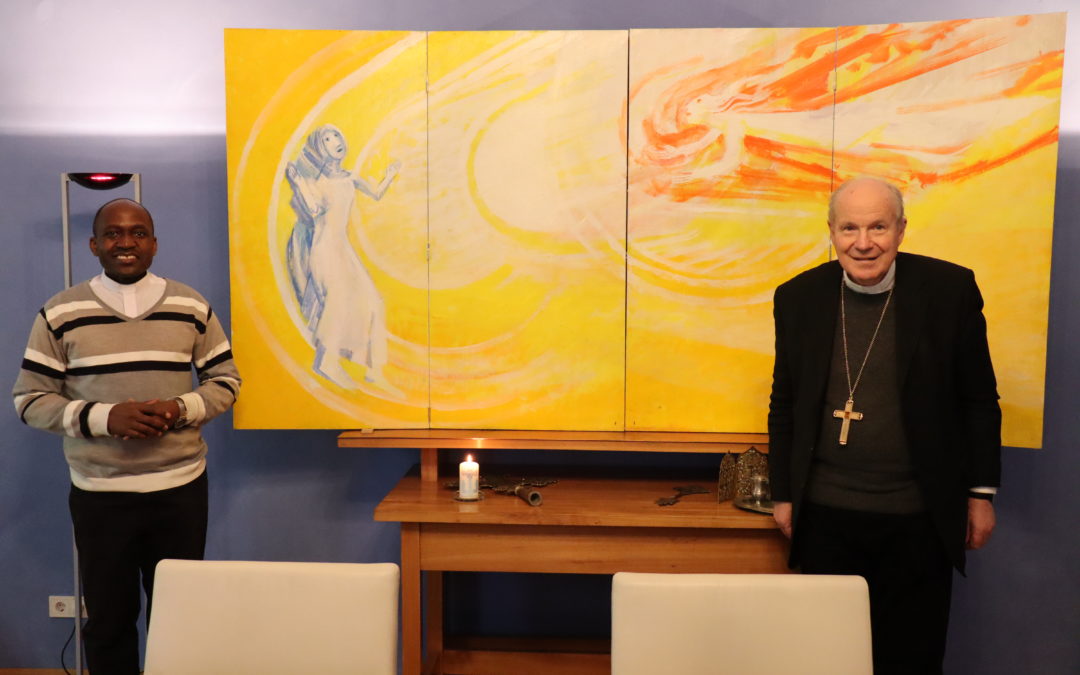 In a working meeting with Cardinal Christoph Schönborn, the General Delegate of the Piarists in Austria, Father Jean de Dieu Tagne Sch. P., presented the plans of the Order. The Cardinal was pleased by the program and the strong presence of the Piarists.

“We are continuing to grow. The conversation with Cardinal Christoph Schönborn was very positive,” Father Jean de Dieu Tagne expressed his enthusiasm after his meeting at the Archbishop’s Palace in Vienna. Father Jean de Dieu informed Cardinal Schönborn about further expanding the Order’s presence in Austria and the preparations around the planned parish synod in Maria Treu next May. There was already a discussion with the Cardinal about the project “Parish Synod of Maria Treu” in September 2020.

“Our Synod is not only important for the parish and the faithful. Maria Treu is part of the worldwide Piarist parish network with almost 140 parishes. It is about common projects and how we can support each other,” said Father Jean de Dieu. The development area “Alser Vorstadt, Breitenfeld, Maria Treu” was also discussed. The focus is on how we can develop as a church in service to God and the people in this area.

The Piarists were founded in 1617 by St. Joseph Calasanz (1557-1648) to provide schooling for children, especially the poor. Joseph Calasanz proclaimed the right to education for all children and was very successful in responding to his time’s challenges and needs.

The Piarists are an international order and are active in more than 40 countries around the world. In Austria, they were allowed to establish a branch (college, church, and school) outside Vienna’s gates as early as 1697. Subsequently, the Piarist parish of Maria Treu was founded in 1719. Other Piarist sites in Austria are St. Thekla in Vienna, as well as Krems and Horn.