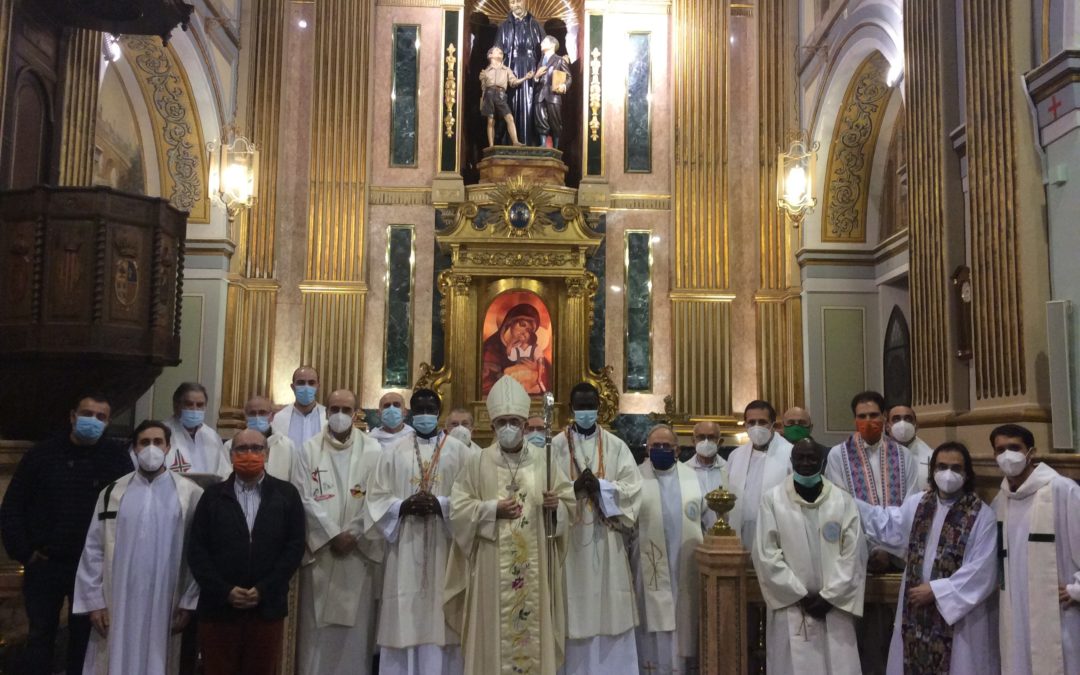 January 8 was a beautiful Piarist day in Peralta de la Sal, with the celebration of the solemn profession of Yanisse Diedhiou and Michel Diouf, both religious of the Province of West Africa, the first destined in Emmaus and the second in Chile.

The celebration was familiar, as trips are restricted in Spain because of the pandemic. It was presided over by Fr. General, accompanied by Fr. Pierre Diatta, Fr. Provincial of Emmaus, some religious and lay Piarists of the Province, and by the community of Peralta.

In the celebration, Fr. Provincial of West Africa and his provincial assistants, as well as the Delegate General of Chile, were present with messages and letters. At the end of the Eucharist, the new professed sang the song to Mary in her mother tongue and expressed their joy and gratitude for thier profession.

The day ended with a fraternal dinner and many shared carols, already to close the Christmas time we have lived.

On Saturday 9, Peralta dawned with a large snowfall, which at times seemed to prevent the arrival of the Bishop of Barbastro, Mgr. Angel Pérez Pueyo, because of the state of the roads. Finally, the diaconal ordination of our brothers could be celebrated, albeit with a delay of several hours.

Congratulations, Michel and Yanisse, and thank you for your generous dedication to the Pious Schools.