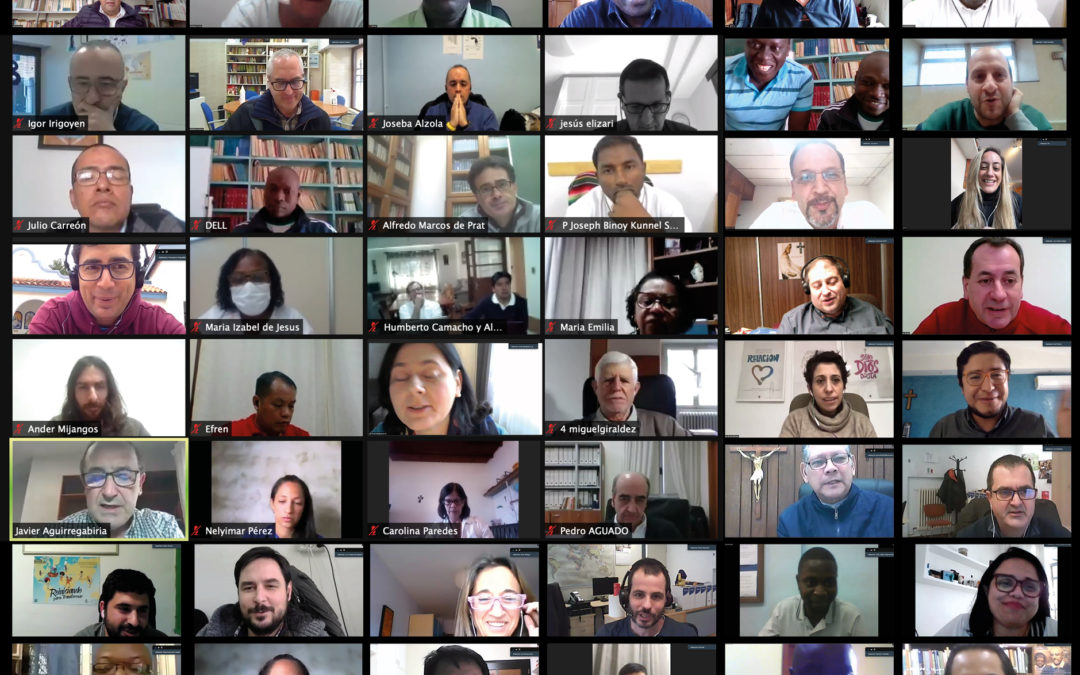 This Monday, March 8, the Fourth Advisory Council of the Itaka-Escolapios network, the highest representative body of the Order, Provinces and Fraternities participating in Itaka-Escolapios, was started from 8 to 11 March. On this occasion, marked by the global pandemic situation that has prevented the face-to-face meeting in Guajaca, Mexico, it is held for the first time telematically. It has the participation of the General Congregation, the Council of the General Fraternity, the Provincials of the Demarcations and representatives of the fraternities participating in the network, the members of the Board of Trustees, the Executive Committee, as well as the leaders of the general teams and the people who coordinate the Itaka-Escolapios team in each demarcation or country together with the people who accompany them from the network. The telematics modality of the meeting has allowed the invitation to participate a few more people.

The meeting was opened with a prayer by Fr. Javier Aguirregabiria, president of the network, who welcomed all the participants and presented the program of the four days in which the Advisory Council will be developed.

There was also a time for a few words from the members of the Council of the General Fraternity, recently renewed at last week’s Second General Fraternity Assembly, which pointed to Itaka-Escolapios’ contribution to the impetus of fraternities, the Calasanz Movement and addressing the challenges of the Pious School and society.

The first day of this Fourth Advisory Council closed an open dialogue by the participants in the light of the presentation and the first interventions of this meeting.

On this first day we were also able to learn about two significant experiences developed by Itaka-Escolapios: the response in Venezuela to the humanitarian crisis that has broken out in recent years and sending people to Bolivia.