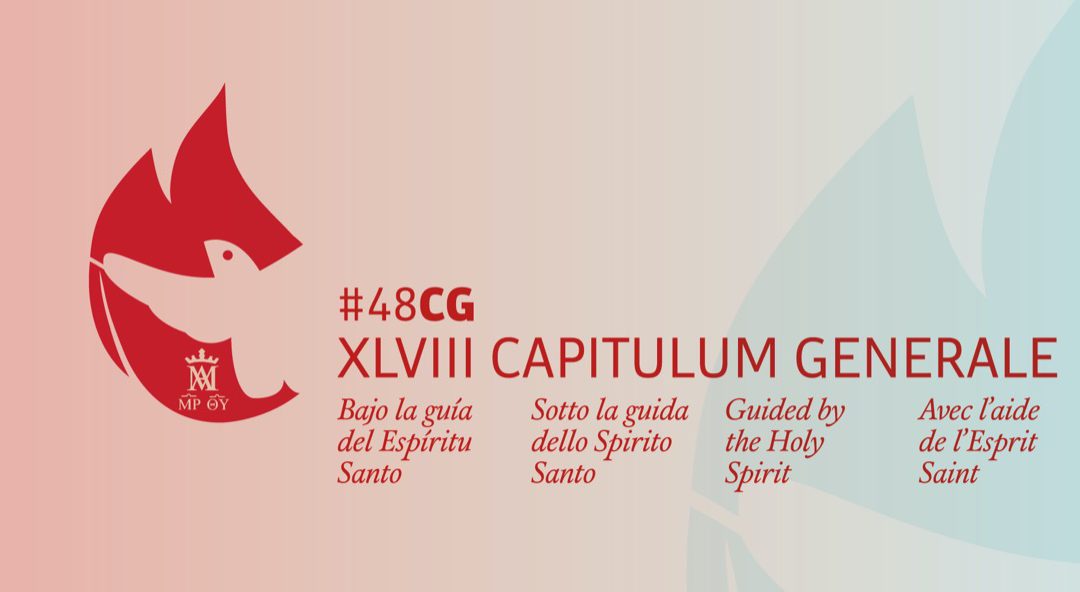 With joy, we present together the LEMA and the LOGO that will accompany the path for the 48th General Chapter that will take place in Tepoztlán (Mexico) in July 2021.

The General Congregation has already chosen the motto of the 48th General Chapter:“Under the guidance of the Holy Spirit“.

As you all know, this motto is taken from the first point of the Preamble of the Constitutions of Saint Joseph Calasanz, the current point 4 of our Constitutions.

“In the Church of God, and under the guidance of the Holy Spirit, Religious Institutions tend to the perfection of charity, as to their true end, through the exercise of their own ministry. The same and with every effort is proposed to make our Congregation, fulfilling the mission entrusted to it by His Holiness Paul V, of happy memory, Vicar of Christ on earth [1] “.

It is very significant that Our Holy Father will make it clear from the outset that the life and mission of the Order will be consolidated if we are open to the inspirations of the Holy Spirit. This remains our challenge, our desire, and the center of our prayer. And we want it to be at the heart of our General Chapter as well. May all that we live, think, pray, and decide be faithful to the inspirations of the Spirit.

And below we present the explanatory text of the Logo designed by the Office of Communication:

The motto of the 48th General Chapter  (“Under the guidance of the Holy Spirit”) includes a quote from the Constitutions and underpins the graphic of the logo where the expressive and evangelizing force of the flame and the dove take a new role reflecting the dynamism of the Pious Schools going forth, on whose basis the official anagram of the Order stands out, representing the legacy of the life of an institution with more than 400 years of history.

Likewise, the design of the isotype gives a nod to the demarcation that welcomes the chapter members, because the lower space imitates the geography of Mexico, host country.

The red color of the brand reinforces the idea of “life” and revitalization of the Order.

The composition of the set is compensated with the other typographic elements either in its simple or full version, with the slogans included. Also in its abbreviated version will be used the hashtag that will start to be used in all official documents from this year: #48CG

The typography combines the robustness and modernity of the heavy letters of dry stick (CAPITULUM GENERALE) and the delicacy and classicism of an italic with personality that is used for slogans.

The result is a modern, simple, crisp and easy-to-implement brand on any material, medium or surface.

Office of Communication of the Order

[1] Constitutions of the Pious Schools, n.4