#48CG Day 18. Under the protection of the Virgin of Guadalupe 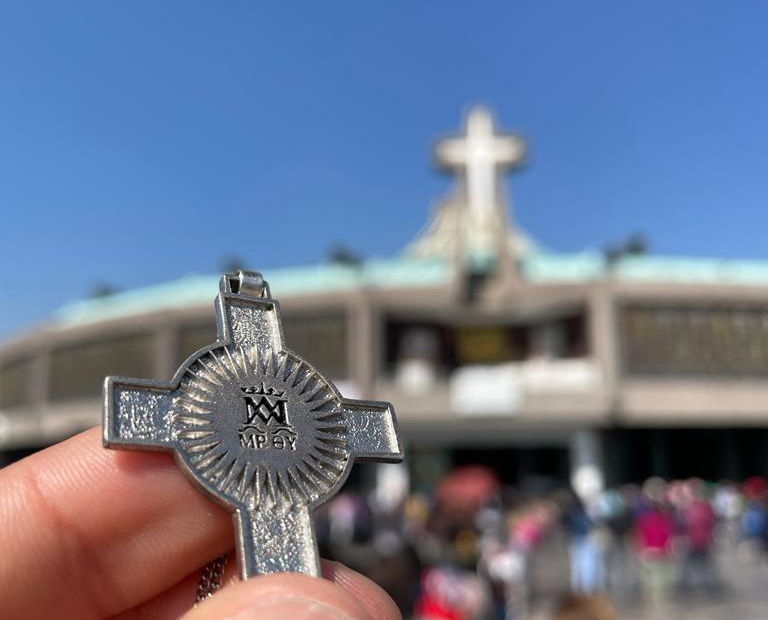 Today, Sunday, the last of the trips that were planned for this 48th General Chapter took place. The whole Assembly enjoyed this special last excursion: the Chapter Fathers, guests, members of the Fraternity and the group of young people who will participate during the last week

A group of Piarist formandi from the Province of Mexico joined them for a convivial fraternal lunch. During the morning, the Assembly visited the Piarist parish of “Sagrado Corazón de Jesús y San Juan de los Lagos”, located in Progreso Nacional neighborhood. During the visit we had the opportunity to enjoy the Mexican hospitality of a parish which is full of an extraordinary vitality. After the prayer, the different parish work groups showed their life deeply involved in their neighborhood: The social ministry teams, family ministry, liturgy, various music and choir groups, Fraternity, catechesis for children and the elderly… The variety and quantity of testimonies shared gave us an idea of the vitality of a parish that said farewells with typical Ranchera Music and some Dances.

Afterwards, we shared the Eucharist in the Basilica of Guadalupe, the nerve center of Mexican Catholicism. The Eucharist was presided over by Cardinal Carlos Aguiar Retes, Archbishop Primate of Mexico, and was attended by the Chapter Fathers led by Fr General Pedro Aguado and Fr Provincial of Mexico. It was a beautiful moment to feel us as members of the Church, with the basilica full of families and visitors.

The Eucharist can be seen on the Basilica’s Youtube channel: https://www.youtube.com/watch?v=_0i5AaNtrvs

There was also time to visit the Virgin, as well as wander around the surrounding area, enjoying the different chapels and temples of the complex, such as the Old Basilica, the Baptistery, the Chapel of Pocito or the Parish of Indios. In addition, the Fathers climbed the Tepeyac hill to admire the panoramic views and the Hill Chapel, built in memory of the first apparition of St. Mary of Guadalupe.

Then, the group shared a fraternal meal and a tour around Mexico City’s Downtown in tour buses.