#48CG Day 22. Sent on mission, under the guidance of the Holy Spirit 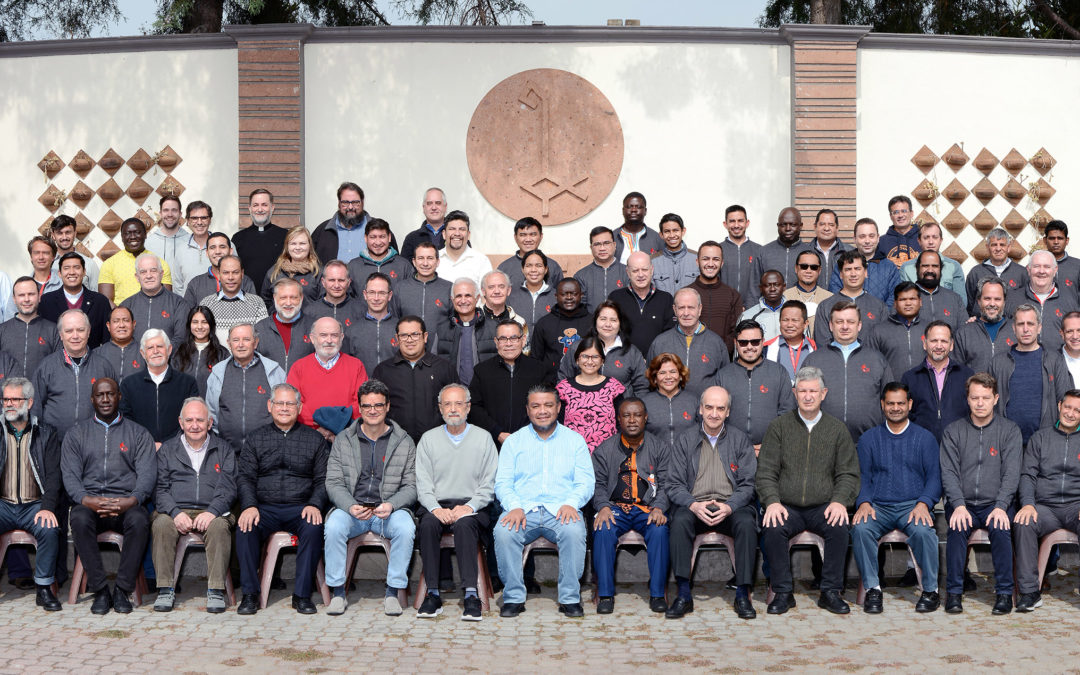 Today was the last day of the XLVIII General Chapter with the prioritization of the lines of progress, the presentation of a letter by the youth team of the Chapter and concluding remarks by the Chapter Fathers.

Organized by the Vice-Province of India, the Eucharist was presided over by Fr József Urbán. Stalin Nasianse, invited those present to “learn from the faith, humility and perseverance of the woman in the Gospel passage, making it possible to draw closer to Jesus”.

During the morning, the chapter fathers worked on the prioritization of the lines of progress, each one selecting the sections of each Nucleus that they considered most important. Afterwards, a team of Chapter Fathers compiled the votes. The Chapter Assembly delegated the final drafting to the General Congregation so that, respecting the spirit of the Chapter, it could give unity to the final drafting of the Nuclei.

In the afternoon, the Assembly echoed the events of the last few days through various moving interventions. The young people presented a letter to all the Pious Schools in which they thanked the General Congregation for inviting them to take part in the “future of the Order”. “Thank you because you have bet on your commitment in the midst of a reality of mistrust”, they explain in the letter, which they have been reading in the different languages of the young people. “Calasanz’s love for the children and his appreciation of the community are two pillars of being Piarist”, they emphasize in the letter. These are two values that the young people have recognized these days, “and they commit us to be more missionary, to promote utopia and to continue deepening in the foundation that is Jesus Christ. The members of the Fraternity also expressed their gratitude for the events of these days and for the possibility of being direct witnesses of the richness of the Pious Schools in shared mission.

Afterwards, the Assembly thanked the Piarist Province of Mexico, as well as the logistics, translation, technical, secretariat and communication commissions for their work during these days with ovations of gratitude.

General, in his final speech, recalled the great responsibility of the new election before the whole of the Pious Schools and stressed that the special gift of the Spirit is Jesus Christ. “We are called to walk from a single center, Christ Jesus, the Lord”, he explained to the Assembly. “It is the Spirit who invites us to walk along renewed paths, which become calls that require us to take new steps,” he affirmed. “That is why we feel strongly sent to the Mission, assuming that the promotion of the Calasanctian identity of all our mission platforms must always be a task to be promoted”, he emphasized.

Finally, the minutes were signed by each and every one of the chapter fathers. With the singing of the Salve Regina, the 48th General Chapter came to an end.