The new Joseph Calasanz Institute of Mexicali is becoming a reality 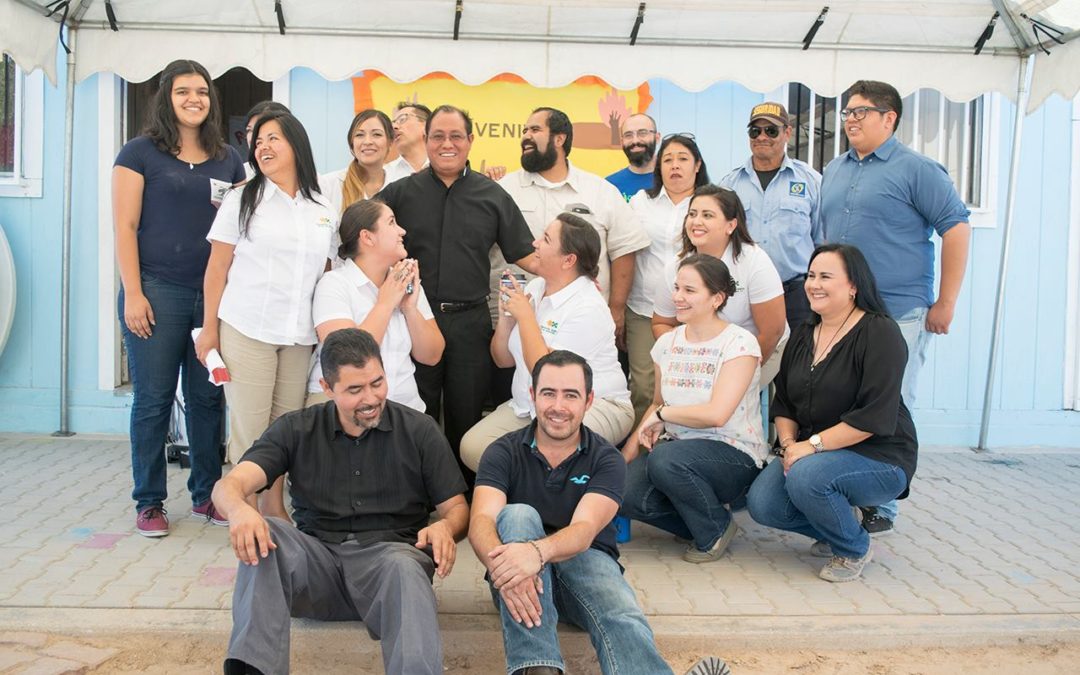 Jose Calasanz Institute, a project of the Piarists of the Viceprovince of Californias, has started its construction in Mexicali. On October 19 the first stone of the future building for primary school has been placed after a few years in the barracks. Subsequent levels of primary education will be created from September 2017 on. It is planned that, starting from 2020, courses of secondary and high school education will develop (preparatory for University). 250 boys and girls between 3 and 12 years will be attended. Currently, we have the three preschool levels as well as 60 boys and girls from poorer colonies of this northern border town of Mexico.

The festive event for the official start of construction was attended by Piarists, fathers and mothers, students, children and young people from the different projects of non-formal education, workers and members of the community where it is inserted. The Center, managed by the civil association Solidarity Education in the Californias, is located on the outskirts of the city, in the Colony San Martin Caballero.

At the school are children of lower resources of this colony but also from the San Antonio and Los Mayos, along with the first, and considered by the City Hall, as the higher risk social of Mexicali. To make it possible, there is a system of scholarships to make the monthly payment very affordable.

History of a project

In January 2013, a local for the Calasanz School of Tasks, the Caliverano and other non-formal educational institutions opened. From this space, we also develop activities and initiatives of community relations. In September 2014, the levels of first and second preschool were inaugurated, and two years later, the third level. This month of October, the construction of the building that will host the first, second and third grade of elementary starts.