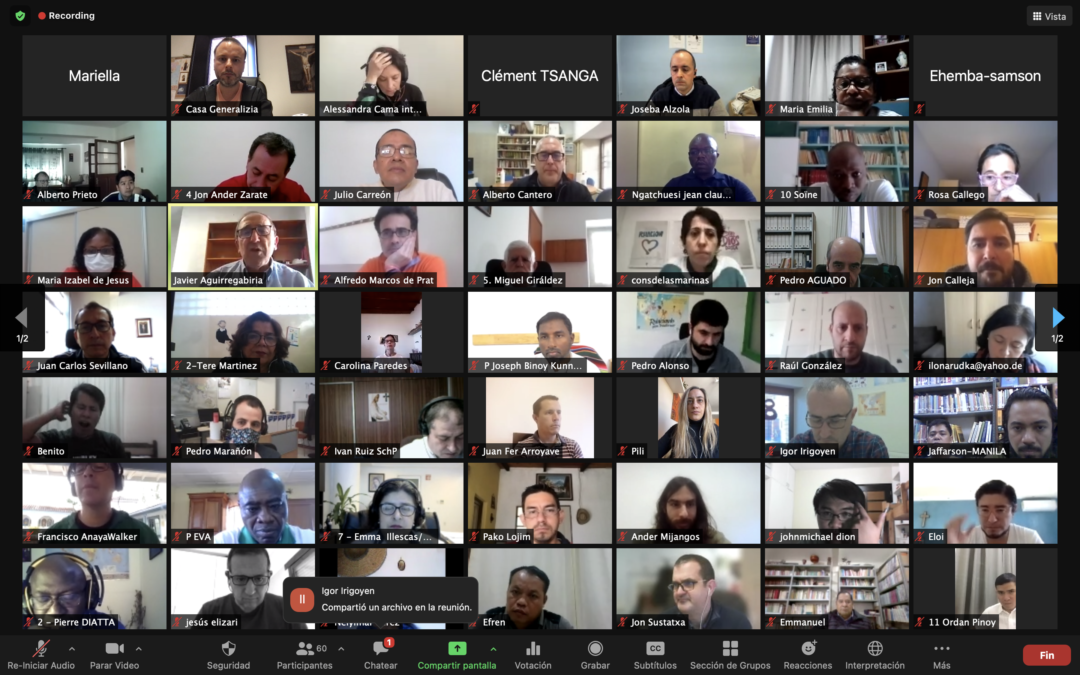 A prayer shared by Fr. Efren Mundoc of the Philippines opened the third day of the Fourth Advisory Council of Itaka-Escolapios.

This day, overcoming the equator of this four-day meeting, was dedicated to knowing the situation of the network and the general teams. Igor Irigoyen, the network’s general coordinator, first began by presenting on behalf of the Executive Committee an evaluation of the Strategic Plan 2015-2021 that served to review the main progress and goals achieved by the network since the approval of the Plan six years ago, at the Advisory Council held in 2015. Since then, there have been many progresses that have been made in the three main lines that the previous Strategic Plan contained:

The situation of the network has been summarized as six years in which we have grown and strengthened as a Piarist network thanks to the support, commitment and trust of demarcations and fraternities and all the collaborators, and with the metaphor of the network as a network that unites, sustains and convenes.

The second session allowed to listen to the general teams of the network: training, communication, awareness raising and management and resource capture, who presented the reality of the network in their fields and the work that the network teams are developing. The information transferred from these teams has been followed by a time of questions and inputs by the participants of the Advisory Council and is in addition to the information that had already been presented the previous day from the volunteer area in the framework of the global volunteer meeting that was held.

Finally, this day allowed us to learn about two more experiences that are being released during the course of this Advisory Council: the start of a school of educators in Central Africa, launched by the province by the hand of Itaka-Escolapios, and Bethany presented the construction of the Atambúa boarding school in Indonesia.