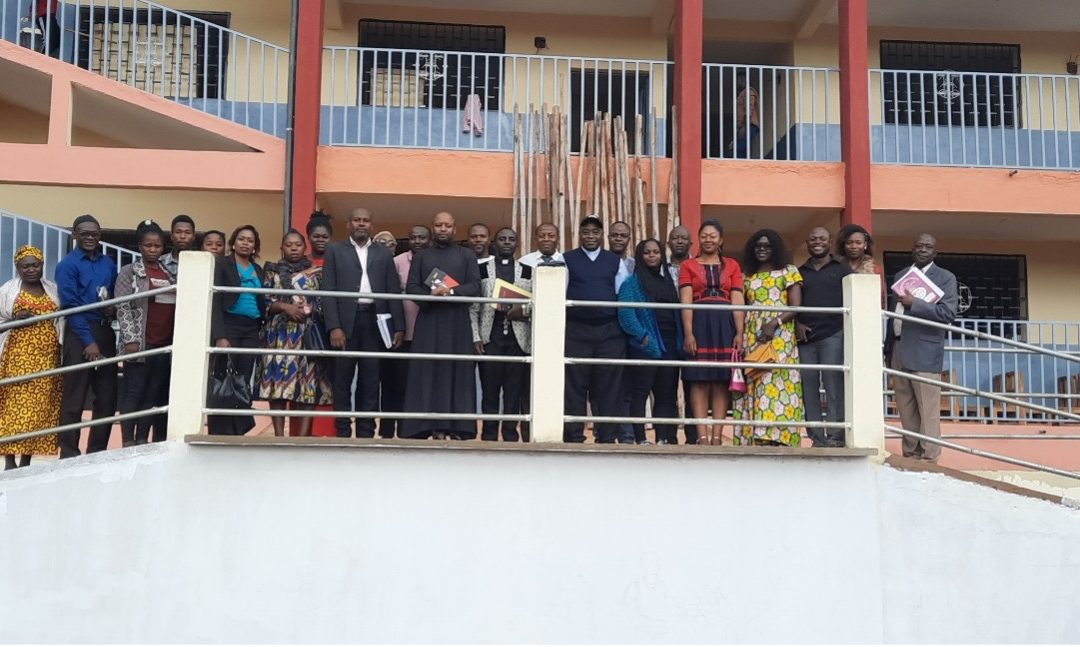 A blessing to vulnerable children in a moment of crisis

Since the outbreak of the Anglophone crisis in 2016, the Piarist Fathers in the Province of Central Africa developed strategies to respond to the needs of the young people and the little children in the crisis affected areas of Bamenda and Kumbo where we have three Communities. One of the strategic priority was in creating new structures for our ministry. As a response to the proposal of the Provincial chapter, two new schools were created in the locality of Menteh – “Calasanz Catholic College” and “Calasanz Teachers Training College”. In the domain of non-formal education, a vocational centre was also created.

It should be recalled that, T\the Piarist mission in the Archdiocese of Bamenda dates back to 1987 with the arrival of the first Piarist Fathers in the persons of Frs. Angel Valenzuela (RIP), Fernando Negro and Juan Yzuel Sch. P. They set up the first mission in Futru, Nkwen where they began the work of evangelization and administering to the needs of the people of God. From the very beginning, they had a common vision consisting of pastoral works in the parish and ministerial works in the schools. The youth ministry was at the centre of their pastoral action. In 1989, Futru became a parish and the years that followed witnessed the creation of mission stations in Menteh, Mbelewa, Mboung, Neboung, Mbelem etc. With rapid urbanization and increase in population during the past five years, some of these missions known as Out Stations, have been transformed into new parishes. This is the case with Mandah and Mbelem. Others may soon follow. All these was the outcome of the good seed of faith that implanted in the hearts of the Christian by the first missionaries.

In the domain of education, the early fathers invested much energy not only in the pedagogic animation of children but also in creating educational structures like the primary schools of Futru, Mbelem and Menteh. Other structures for the formation of the young people were created especially the Nazareth Agro-Pastoral, Formation and Production Centre in Menteh. From the community of Futru, in 2008 another community was created in Menteh and erected as a formation house with the mission of accompanying young postulants in their first year of initiation to the piarist life. Then, seeing the importance of their pedagogic formation as educators, a Teacher Training College was created.

The outbreak of the Anglophone crisis in 2016 was a setback to our missionary works in Bamenda. That notwithstanding, we did not lose hope as we went forward to elaborate a project of a secondary school for the internally displaced and vulnerable children. The foundation stone was laid in 2020 and within a period of two years, we mobilized resources to set up the structure which will enable us to welcome and educate the little ones in piety and learning. We remain grateful to efforts of the brothers of the Province, our benefactors and especially to all persons of goodwill who have enabled us to realize this projects. Calasanz Catholic College Menteh is a blessing to the local population of Menteh and Futru at this moment of the socio-political crisis. The school is entering its third year of existence with an enrolment of over 600 students both day and boarding.