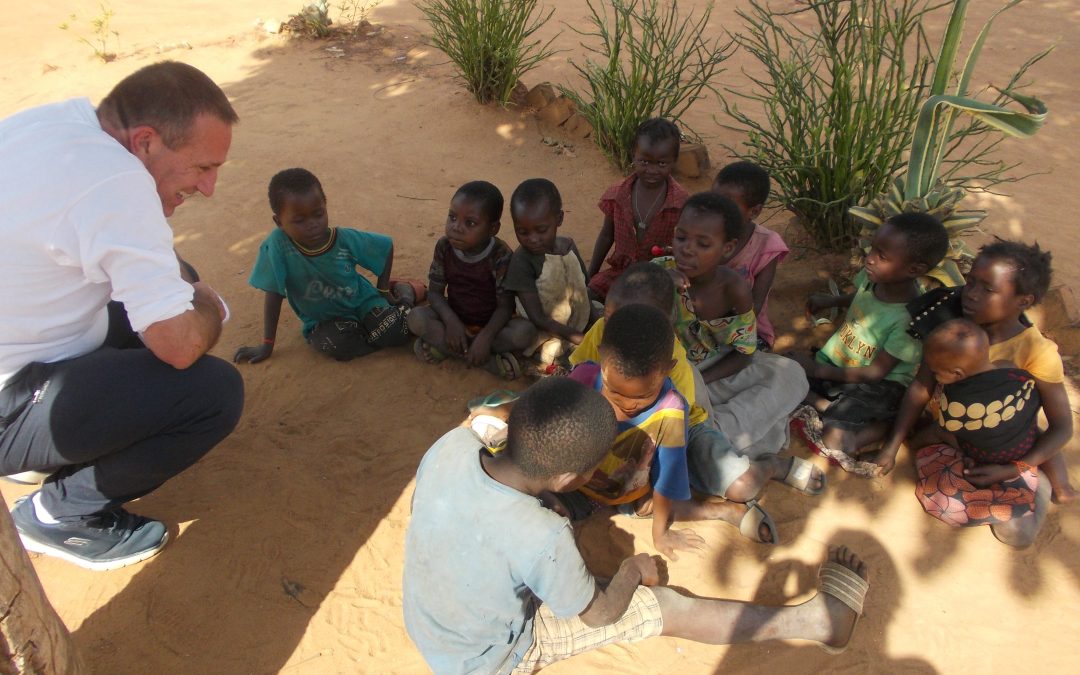 Last November 30 was 5 years since the first Piarists arrived in Minheuene. It was the response of the General Congregation to the request of the Passionist D. Fernando Luis Lisboa, newly appointed Bishop of Pemba, who discovered the Piarist charism as a gift for the people of his Diocese.

With due preparations and the usual boldness of the two African Piarist provinces; Dialomao Jean Bernard Diatta, traveled the first, arriving in Pemba that November 30, 2016, and then receiving Jean de Dieu Ehemba and André Fogué, the first Piarist community.

Thanks to the approval of the proposal by the Fraternity and the Province, at our December 2018 Chapter, Emmaus became part of that life, and the three of them became new members of our Province. The Province of Brazil-Bolivia also intervened, which received Dialomao for a few months where he was able to perfect the Portuguese language.

From October 25 to November 5, a fourth provincial visit was made to our presence in Minheuene.

During the visit, in addition to Juan Ruiz and Jesus Elizari, from the Provincial Congregation, there were two people whom we want to thank for their work and availability: Rosa Gallego, from the headquarters of Itaka-Escolapios of Soria, and technician for cooperation projects and Josep Artigas, Catalan-Senegalese Piarist, since he has been there for 45 years.

A particularly valuable objective of the visit was the vocational meeting that we held with the community and four young people who for some time have been accompanied by the community in their vocational dreams; Alex, Maradona, Isaia and Jordão, are already part of the Piarist dream in Mozambique, and brothers of those who from other sister lands we have you present in our prayer.

During the visit, in addition, there were many meetings to share life and work; with many people and teams; the Itaka-Escolapios headquarters team that animates and coordinates the mission, the coordinators of the 33 communities of the parish, the monitors and cooks of the Escolinha, and with many other significant people for the life of the presence, besides the representatives of the local administration, the heads of the two districts to which we belong, Dona Lucia, from Ancuabe and Dona Isaura, from Montepuez.